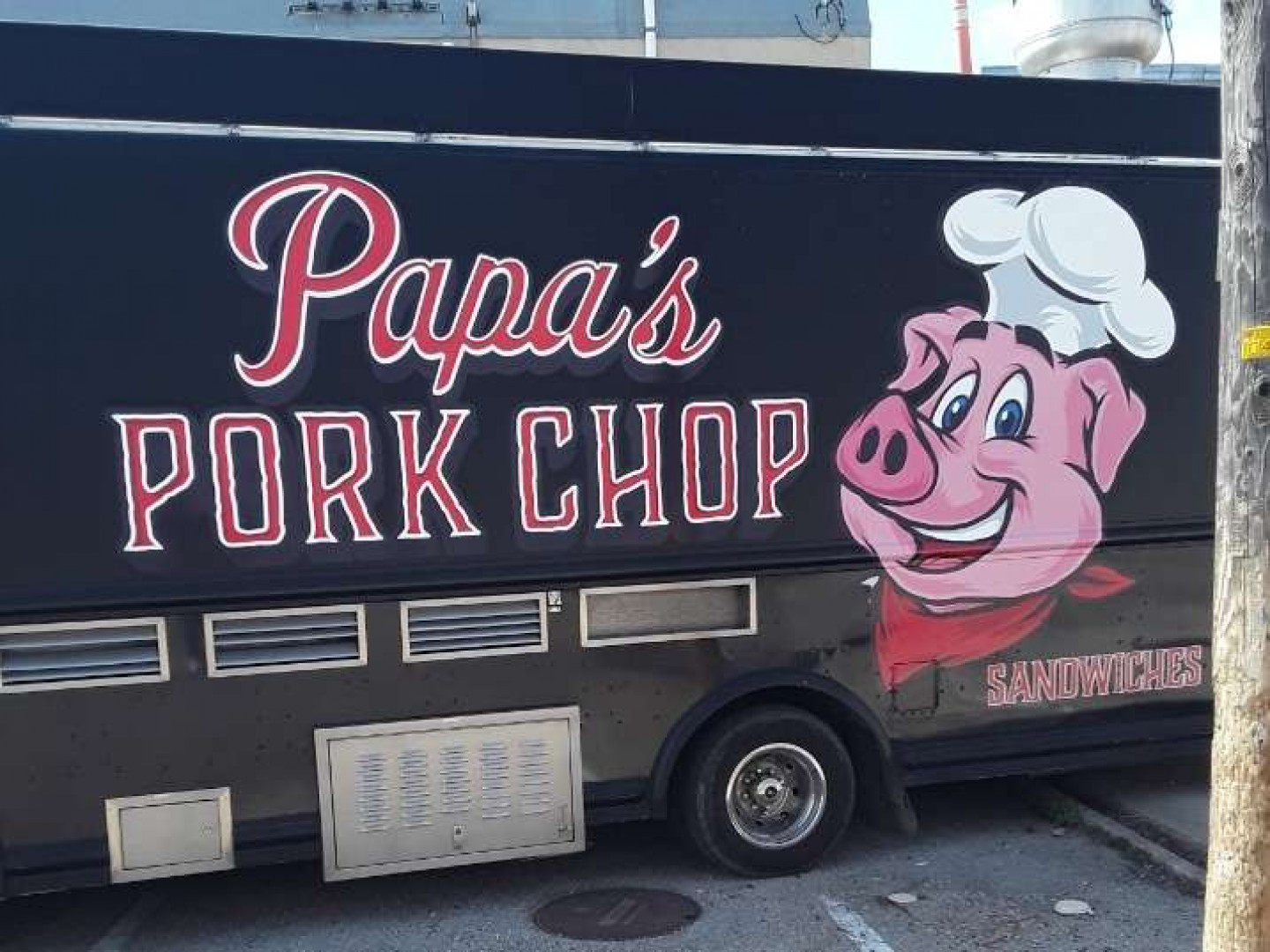 Tired of eating the same old thing every night? Change it up by coming to Papa’s Pork Chops. Our food truck serves up huge portions for low, low prices. You get a lot of bang for your buck.

You’ll be able to:

Visit our food truck today to try one of our tantalizing meals for yourself.

Sink your teeth into this delicious new take on the classic western pork chop. When our food truck opened in May 2020, we made it our mission to bring great food to the people who need it.

You've been shut at home for a long time now. Do you even remember the last time you had an amazing sandwich? We've got what you and your family need. Treat everyone to dinner from our food truck. You don't have to sit down in a restaurant to enjoy great food.

Contact us today to find out more about John's original pork chops and other tasty items that we serve.

The business idea for Papa's Pork Chops Sandwiches began back in the 1980's, but Mac still had a full time job and Debbie was working full time as a 9th grade English Teacher at Dean Morgan Junior High School in Casper. Soon after they met, Mac introduced Debbie to the culinary delight he lovingly referred to as "Pork Chop John's" because Mac had enjoyed eating the sandwiches as a child while growing up in Butte, Montana.

Now, over 30 years later, in our spare time we have tested our version of these sandwiches on numerous family members and friends living in the Casper area. After receiving rave reviews and having spent a lot of time researching all of the local regulations and acquiring permits, we are now prepared to introduce folks in Wyoming to these classic Pork Chops served the traditional way by Papa's Pork Chops Sandwiches.

Where good taste and service never go out of style: Papa's Pork Chops maintains this simple philosophy - serve only the highest quality products in a warm and friendly manner. Customer satisfaction is our ultimate goal.

The History of our Supplier:

John's Original Pork Chop Sandwich was founded in Butte, Montana in 1924. The original Pork Chop John, John Burklund, sold his pork chop sandwiches from the back of a wagon located on the corner of Mercury and Main Streets.

As demand for the unique sandwich increased, John opened a restaurant on Mercury Street in 1932. Consisting of a counter, 10 stools and a walk-up window, the original store became a landmark and drew people from far and wide. Still known today as Pork Chop John's, that same store remains their flagship retail location and their home office.

Butte, Montana in the day of John Burklund was a thriving metropolis spawned by a seemingly endless supply of copper and wealth mined from the "Richest Hill on Earth." As the price of copper declined and the copper and the jobs grew scarce, people started to move from the once booming camp.

Still, the Pork Chop Sandwich remains in Butte and the craving for their unique flavor follows Butte expatriates wherever they go. People from all over the United States, with Butte ties, then and now, claim to have "withdrawal symptoms" when they go too long without a pork chop sandwich and John's Butte restaurants are often one of the first stops for folks visiting after a long absence. With the advent of time, technology and transport, folks in Wyoming can now enjoy these classic Pork Chops served the traditional way by Papa's Pork Chop Sandwiches.